Harpers – Mike Matthews on the quality of Edinburgh’s wine merchants 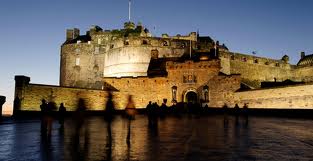 You’re in the Scottish capital and you’re looking for a decent bottle of wine, where do you go? It would be easy to think of Scotland’s drinking habits, based on the stereotypical image of the nation’s tartan army, as being fuelled by whisky and beer but not wine; fair enough when you consider you are in single malt country and Belhaven is readily available at almost every corner. There is a certain degree of truth to this! If you head on down Edinburgh’s Royal Mile you will find two noted whisky specialists, Royal Mile Whiskies and Cadenhead’s Whisky Shop, but no visible wine shop. Take a stroll down the many side streets of this historical city and you’ll find more bars than you can shake a stick at! In fact, for every 265 inhabitants you’ll find a licenced vendor (2011 figures). There are restaurants aplenty, traditional clothing and tourism shops. Then there are the obvious supermarket chains along with some great funky cafés. So where are the wine stores? Have they all disappeared? Nope! Take a wander on out of the tourist hotspots and you’ll find that the independent wine merchant would appear to be thriving!

Walk into Stockbridge, here you will find one of four Vino Wine Shops that are

dotted around Edinburgh. The company began life in 2012 by three entrepreneurs, one of which an ex-Wine Rack manager. The first stores opened in Grange Loan and Broughton St in June of that year, with Comiston Rd arriving four months later and Stockbridge in June 2011. The store is clean, organised and yet has the obvious hue of an old but modern Wine Rack about it; a throw back to my previous life as a Wine Rack manager myself. The real noticeable difference would be the inclusion of a rather nice Enomatic machine situated by the window. The stores wine range covers all the bases with a mix of recognisable brands from reputable suppliers like Hatch Mansfield and Liberty. The business looks to have filled the gap left by FQR with buoyant sales gathered over the festive period.

Drinkmonger opened in Bruntsfield, Edinburgh, October 2011. Formed as a wine outlet for the already established Royal Mile Whiskies, it is the second store to open after the launch of their Pitlochry branch in July 2011. Managed by ex-Oddbins man, Mat O’Connell, the store takes pride of the diverse range assembled; the Argentinian sparkling Bonarda stood out for me. Unlike traditional wine shops the bottles are laid out in varietal order as opposed to country. According to O’Connell this hasn’t caused too many problems with the clientele. There’s a whole host of wine and whisky books on sale at the front of the store and two huge shelving units, more reminiscent of a Victorian pharmacy, containing a wide range of whiskies behind the counter and specialist beers and ales in front. Move on down the back and tucked away is the fine wine area where the Grange, Bordeaux magnums and bubbly sit. This area also doubles up as a tasting room with its large butchers table sitting centre piece. In the middle of each month eager participants can pay to attend a specialised spirit tasting or wait a week or so for the themed wine tasting. Good shop!

From the sleek and new to something a bit more traditional looking, Henderson Wines, Comiston Rd, Edinburgh. Where the last two establishments shouted brand new, Henderson has an old, personalised flavour about it. This shop can be found in the Morningside district of Edinburgh. Opened in 2001 the store currently boasts a range of 1000 wines with a good selection, again, of specialist micro-brewery beers and ales nestled nicely on reused bookshelves; a point that was lost on me until pointed out. The defining feature has to be the piano sitting on top of the raised platform area at the rear of the store, still in working order by all accounts. According to owner, Colin Townsend, people have been known to get up a play a few bars during store wine tastings. Townsend, a veteran of 43 years in the wine trade, has developed a good working relationship with his customers. The festive period, like the previous two businesses, proved very profitable. During my visit the phone was non-stop, and when the phone wasn’t ringing then Colin was happy to chat. His customers knew him by name and not just as the guy behind the counter. This highlighted the attention an independent can give to his or her customers, the one to one factor; a definitive sense of pride.

So if you’re from south of the Border like me then clear that Scottish stereotype out of your head! Wine has most definitely a place north of the border. I strongly urge any would be traveller to venture forth and seek these purveyors of the grape out.  I don’t think you will be too disappointed.

To read the Harpers piece, click the link below 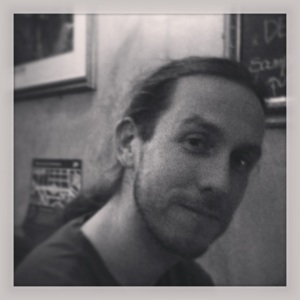