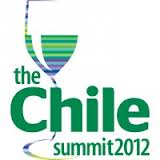 I’m a long-time admirer of Chilean wines, have been since the day I began working in my first wine store some 17 years ago. Back then there was something distinctive about Chilean wines that even I recognised. They had purity and clarity. They also had a style that favoured most and disappointed few, but what’s more, they were superb value for money. You paid for what you got, and still do! Trio was the one that did it for me. At the time these guys only concentrated on three single varietal wines, Merlot, Chardonnay and Sauvignon Blanc. The packaging was sleek and the wines were class. Nowadays Errazuriz is my benchmark Chilean winery. They never fail to deliver! Throughout my years in wine retail I had sold Chilean wine for fun, championed it to a degree. They’d always been easy to sell and you always knew where you stood with them. My highlight wine of last year was Los Boldos Sauvignon Blanc from Rapel Valley; I sold it by the bucket load. Enough sentiment! Let’s bring this up to date.

Wines of Chile European Director, Michael Cox, opened proceedings at this year’s Wines of Chile Summit. During his sermon, Michaels words not mine, Cox spoke about how better quality wine from diverse places would underpin the countries wine trade. He also continued with his worries about deep discounting and a boom in the trade resulting in less wines being exported leaving very little reserve stock.

Deep discounting struck a chord with me. Is Chile really seen as a discount led nation and do people really think Chilean wines are that bad? Customers whom I have spoken to over the years have always expressed how much they have enjoyed Chilean wine, so I can’t see it as a broad scale issue of quality, after all, every wine producing country is guilty of generating their fair share of drain cleaner. If the perception amongst the trade is that Chile is a discount nation maybe it is down to how the countries wines have been marketed? We as a nation are driven by consumerism. If it is fashionable then we will pick it up. Chile doesn’t fall in to the category of being a fashionable wine to drink. Consumer data analysts, Nielsen, showed that last year Chile sat fifth overall in wine consumed in the UK. This year Chile has dropped two spots having been overtaken by Spain and South Africa. Spain has products that feature in all year round advertising, Campo Viejo and Freixenet to name two. Kumala wines were always prominent at international rugby matches at Twickenham and next year, like 2009, South Africa’s First Cape will be sponsoring the British & Irish Lions Tour to Australia. Casillero del Diablo is the only Chilean winery that I can think that has any form of mainstream advertising and sponsorship deals.

Some speakers had inferred that Chile was suffering from an identity crisis.

Quintay Wines from Casablanca. A firm favourite of mine and delivers more than the price suggests.

Unlike their Argentinian neighbours Chile doesn’t have a grape variety which they can adopt and call their own, Carménѐre would be one to potentially look at. For me too much reference was made about comparisons. A country should follow its own path. Why would you want Chilean Sauvignon Blanc to taste like New Zealand Sauvignon Blanc? Surely there is enough Kiwi Sauvignon already? Why describe a Chilean Cab’ Merlot blend as a Bordeaux blend? It’s a misrepresentation to begin with. The varieties maybe the same but the style, a whole different ball game!

After lunch we got to the nuts and bolts, the debate. The topic of the discussion was around converts versus cynics of Chilean wines. A host of reputable gentry from the UK wine trade gave their opinions on essentially what was good and bad about Chilean wine. A bit of a one sided argument as all speakers, bar one, you’d find sitting happily in the converts section. Patrick McGrath MW – Hatch Mansfied commented “Nowhere outside Chile can offer such amazing quality and value.” Raul Diaz, Head Sommelier – Jascots believes “Chiles challenge is to understand things are changing. Education is key!” Toby Morrhall – Wine Society says “Chile has the ability to produce wine from any climate.” He continues “Communication is key to changing opinions. Look at extreme vineyards (higher into the Andes or further south). It would be nice to see more Southern Rhone grapes like Mourvedre and Grenache. Possibly produce some sparkling? Rebrand wines to be sold in different outlets – don’t saturate the market with the same labels.” The only cynic amongst the bunch was Xavier Rousset MS – Texture Restaurant. Xavier’s concerns weren’t about the quality of Chilean wines but his opinion was taken from the perspective of what they have to offer in a restaurant environment. Customers actively seek out the usual suspects, France, Spain and Italy. Chile struggles to fit on a wine list.

Surely the job of a Sommelier is to guide when requested. Like those in retail establishments, wine advisors advise. Unless it is in the customers remit to request specifically a European wine, the sommelier has it within their powers to choose a Chilean bottle for their diner. This point would certainly go down to education, marketing and what the wineries of Chile are doing to proactively promote their product in the UK.

The guests who attended the summit all have a passion for Chile; we wouldn’t have been there otherwise.  It’s a place I’ve wanted to go to for the last 17 years. Following on from the summit I feel that Chile has become a place shrouded by confusion. I started the day knowing in my own mind where Chile stood, now I’m not too sure. Like everything else in wine, and touched on by a few of the speakers, it’s all about communicating, educating and more importantly putting Chile to the forefront of the consumers eye. The sommeliers can re-edit their listings to highlight Chilean wines, take a chance and put them at the front of your menus. Suppliers can support wine outlets through tastings and subtle deals. Chile has a great recent history in wine making. We need to make use of that!

One comment on “Mike Matthews: Harpers Chile Wine Summit 2012 – My Views from the Day”