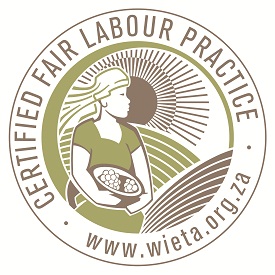 The first wines to carry South Africa’s new, fully traceable, ethical seal are to be showcased at Cape Wine 2012, which takes place in Cape Town later this month.

Following an announcement by the Wine and Agricultural Industry Ethical Trade Association (WIETA), 26 wines from Fairview, Robertson Winery, Distell, Durbanville Hills and Spier have all been granted permission to use the seal on specific bottles of wine.

Awarding the ethical seal to individual wines, rather than the winery, enables producers to source grapes from a number of different vineyards and still use the seal. As Wines of South Africa CEO, Su Birch, explains “As compliance has to be fully traceable across the entire production chain, every wine submitted has to be individually audited.”

In a legally binding agreement with WIETA, producers that have been awarded the seal will be able to use it for one year. The producer will then be required to renew the agreement annually for the subsequent vintages.

This new ethical seal testifies that producers have adhered to the WIETA code which is based on the ‘International Labour Conventions’ Ethical Trading Initiative and South African labour legislation. This code prohibits the use of child labour, and ensures that employment is freely chosen with all employees working within a healthy and safe environment.  The code also states that workers should have the right to freedom of association, a living wage and to be protected from unfair discrimination. Worker housing and tenure security rights should also be respected.

In order to carry the seal, WIETA CEO, Linda Lipparoni explained “Brand owners have to identify all their suppliers. At least 60% of these suppliers had to be WIETA accredited, with the other 40% able to demonstrate that they were preparing themselves for accreditation within a year”

Commenting on the first wines to receive the seal, Birch said “They are the trailblazers who are setting an important precedent for the industry in its efforts to fast-track the implementation of fair labour practices on wine farms and in cellars”.

This ethical seal is modeled on South Africa’s Sustainability seal which has been developed to promote awareness of production integrity throughout the entire supply chain. It is seen as a parallel effort to the Fair Trade and Fair for Life accreditations, highlighting the priority South African producers give to implementing fair working conditions throughout the industry.

WIETA is involved in an extensive producer training programme to assist the major brands in achieving accreditation for their 2013 vintage. It is hoped that all South African producers will be accredited with the new seal by 2015.

WIETA will be on stand B13 at Cape Wine which takes place at the Cape Town International Convention Centre on 25th – 27th September 2012. Further information on Cape Wine can be found at www.capewine2012.co.za

The following wines have been approved to carry the Ethical Seal

Place in the Sun